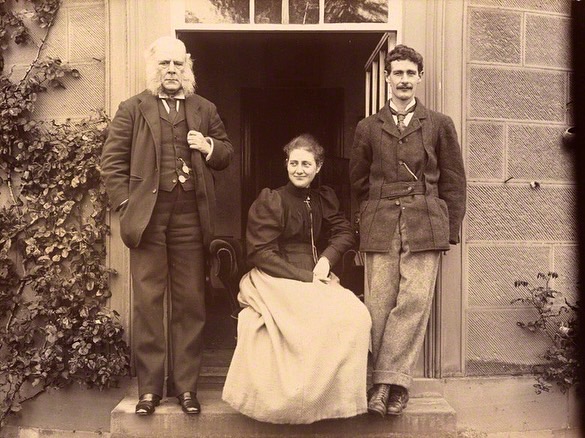 “Pick a woman that has inspired you.”

We were asked to do this yesterday at a Highland Business Women event nicely coincided with International Women’s Day (it was very nice!).

I went for Beatrix Potter:

For being a woman in a man’s world; for writing simple and beautiful stories; for loving and losing (she lost her fiancé to leukaemia a month after they got engaged); and for buying large chunks of the Lake District because she had the foresight to protect it for future generations. Go Beatrix!

In the photo here she is with her father, Rupert, and her brother, Bertram. Her fiancé (also her editor) was called Norman Warne, and she later married William Heelis (also her solicitor who helped her purchase and protect the land).

Now one can read too much into these things but the parallelism of Warne and Heelis is interesting in how both men partnered with her in the two major parts of her life that were authorship and conservation. Perhaps one could infer that these loves of her life also somehow represented her two great loves? One thing that is evidential is that after her marriage to Heelis, her writing subsided and her commitment to farming and conservation work grew.

Beatrix used the money she earned from her books to invest in land. When she died in 1943 she left 4,000 acres of land including 15 farms and buildings to the National Trust. She stewarded the gifts of writing and imagination she had, using the financial blessings that came her way to sow back into the land and conserve the landscape. She left a lasting legacy, not just by the books that so many of us have — see the ones I found in the cupboard including one scribbled on by my now 75 year-old uncle Peter — but in how she used the resources that were given to her for the greater good of future generations. 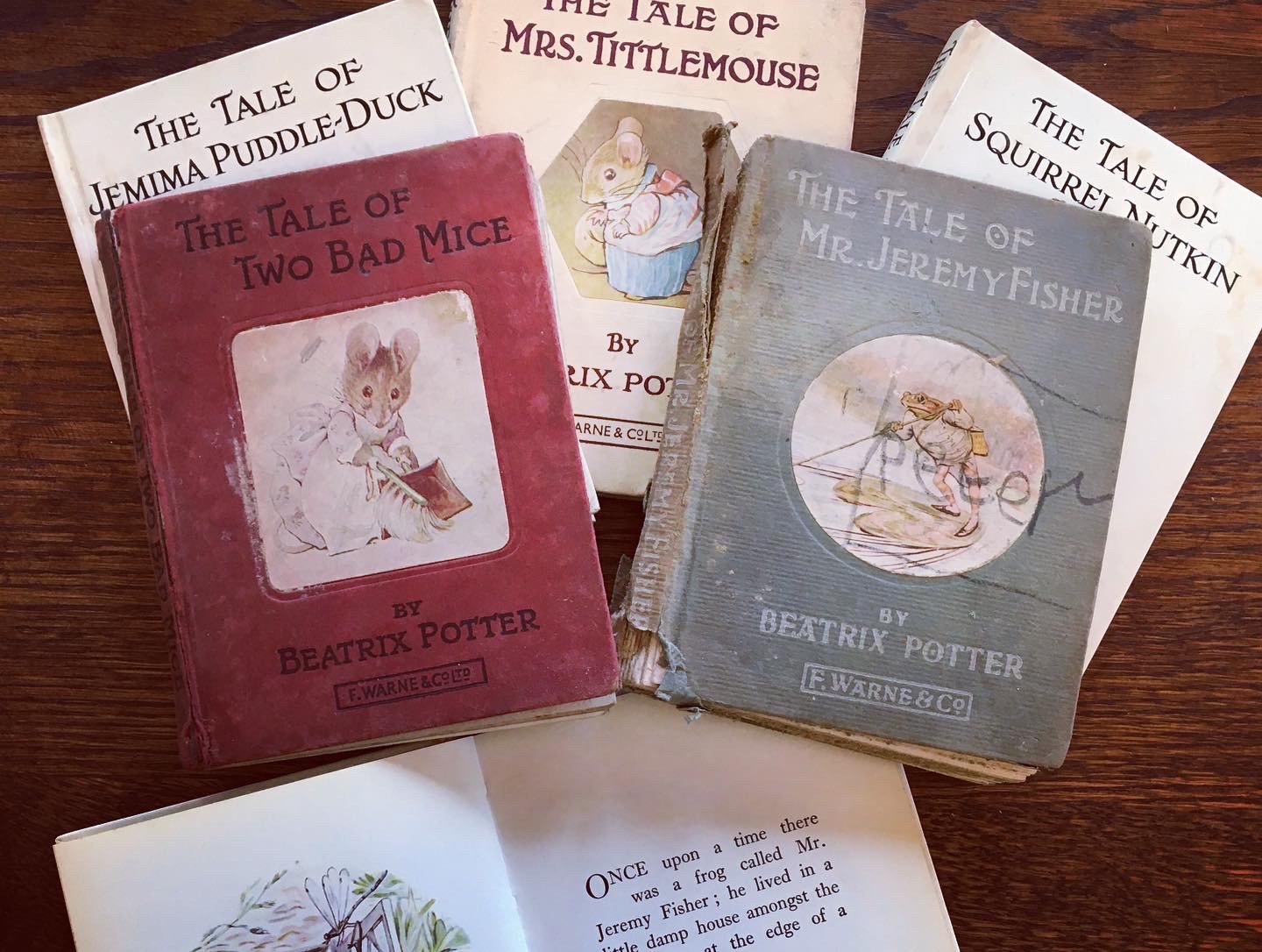 If you haven’t seen it and you’re interested to find out more about Beatrix Potter’s own story, check out the film, Miss Potter (2006). For more on her life as a conservationist and her love of the Lake District, see this article from the National Trust.